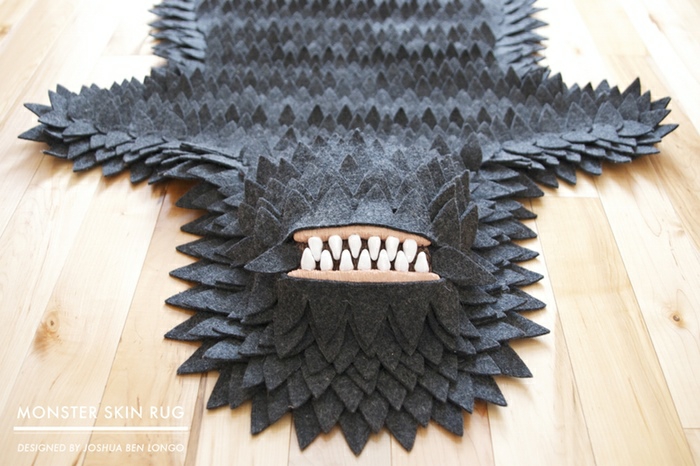 Joshua Ben Longo started sewing at the age of 12, and since then he has been the only one to make his works known in all tried and tested ways.

As a kid, the young designer loved cartoon characters and animated cartoons. His mother, however, watched horror movies and monster stories on their evenings in front of the TV.

This greatly influenced the perception and later work of the young man. He loves monsters above all else and this love accompanies him throughout his life, even today.

Joshua Ben Longo is the young creator of many felt monsters 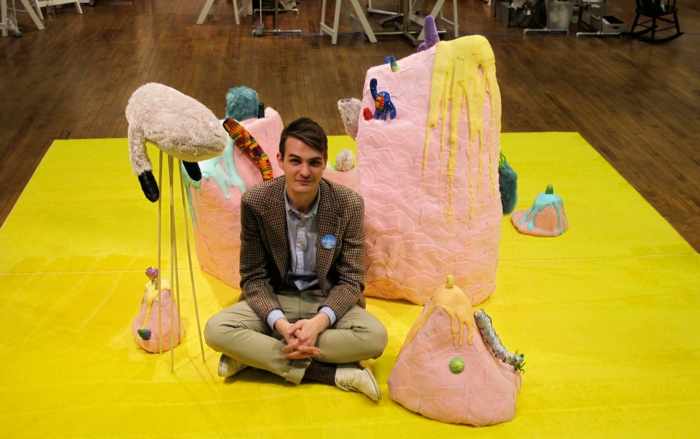 Through Joshua’s creations, the world can do without animal cruelty 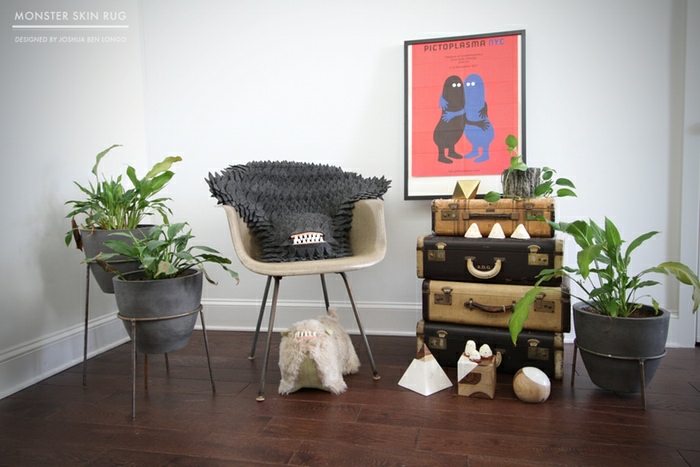 All his works, drawings, sculptures and objects bear the monstrous mood of memories of his childhood.

He has received a lot of rejection, but also enough approval. He sees both as challenging, because both give him strength and endurance. And without perseverance, he would not have come so far, claims Joshua himself.

The monster carpet that we want to introduce to you today is, like the other pieces in his collection, made by hand. Animal cruelty is excluded here! Joshua Longo himself says that he loves to work with his hands. He loves to sew, to cut, to create and to correct. Like any creator, Longo is in search of perfection and part of his perfection would be, for example, that his carpet monster can be officially made.

A fur in front of the fireplace, without a guilty conscience for you 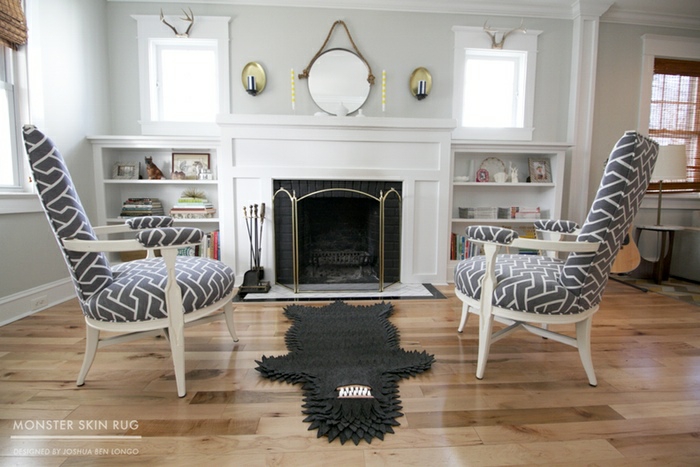 The design of the carpet in all available sizes 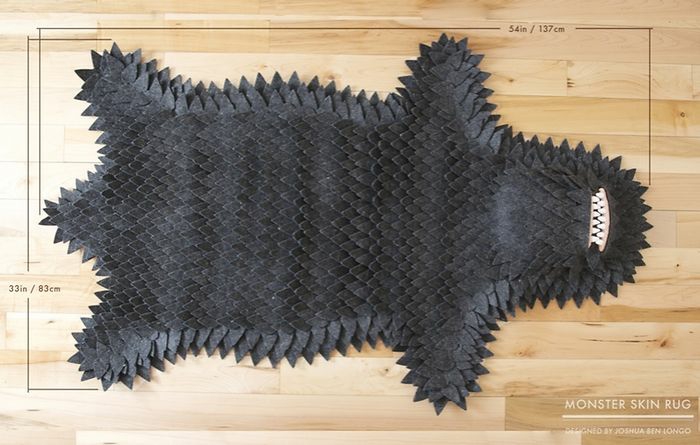 At the moment Joshua starts his own business in the field of monsters and has an ongoing project with the startup company “Kickstarter”. The desire of the designer is to get support in the production of this, in many ways usable carpet runner. Everyone can help, right at the computer. Social media would be the easiest way to make this carpet even better known. Friends and acquaintances can also look inside and continue to say!

For a better impression, the monster maker adds his portfolio

For more information, visit the page:

Strong character and easy care “Must Have” carpet 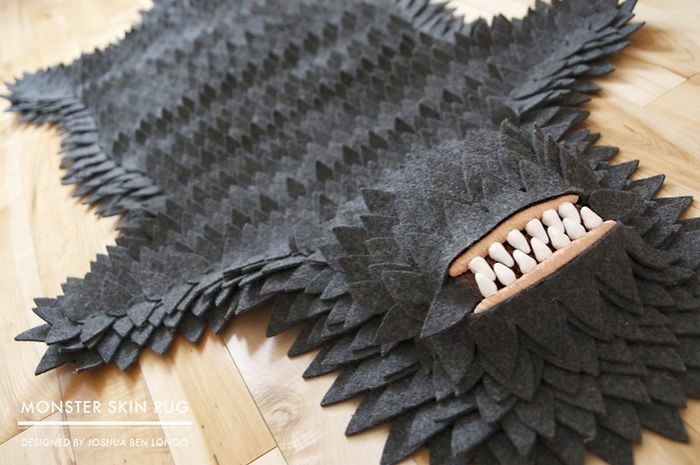 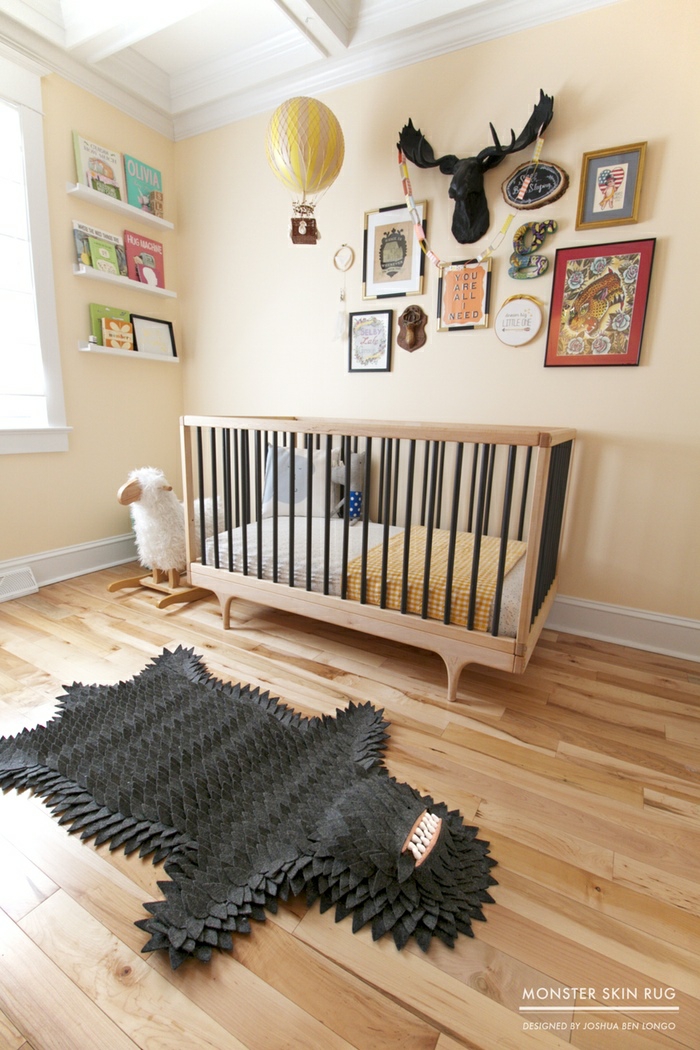